I happened to have an old Trendnet TEG-S18TXE switch laying around the lab at work, so I decided to open it up and see if there was anything interesting inside. Usually, “dumb” switches do not contain many interesting hackable components as they are rather simplistic devices, however I got lucky and spotted an EEPROM chip on the board. If you look closely, you might notice that it is an Atmel AT93C46, 1K serial EEPROM. 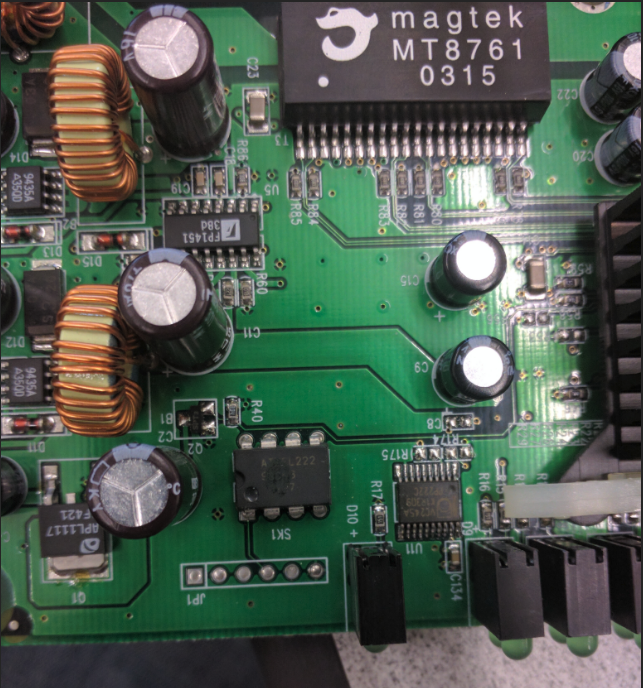 Interestingly, there appear to be unpopulated headers right below the chip that are connected to some of the pins on the EEPROM. Instead of soldering on some pins to the headers, I decided to use a SOP16 Clip which allowed me to access the pins on the DIP chip quite nicely. 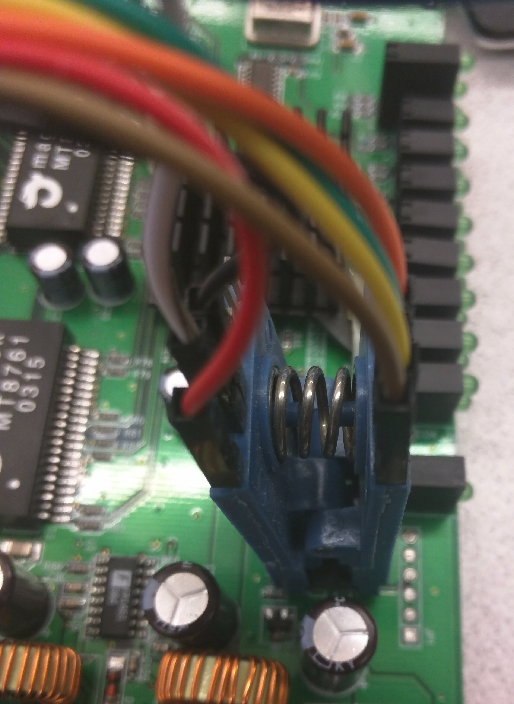 Following the datasheet here, I grabbed a spare Arduino Pro Micro and hooked up the wires as such:

With everything connected, the only thing left to do was write some code to dump the EEPROM.

Success! Monitoring the serial console gives a dump of the entire chip, but it looks like only the first 0x23 bytes contain data - the rest are zeros.

At this point it is pretty difficult to discern what each byte/bit corresponds to. I tried hooking up the switch to a couple computers and doing a large file transfer, as well as power-cycling the device several times in an attempt to expose some hints. However when I dumped the EEPROM after, nothing had changed. My best guess is that the unpopulated header on the board is used to program some simple configuration settings to the device during production and that is the extent to which the chip is written to. Since EEPROM has limited write cycles, combined with the fact that unmanaged switches don’t really need to store persistant data, it is unlikely this EEPROM gets modified.